I arrived in Pittsburgh with a job to do. No really, I was building this site before I even landed in America. Thank goodness for Pete and Snake.dev.

Pete is a cool dude. I’ve heard a lot of stories about him from various people. Maybe he was a member of Anonymous? Maybe he was a punk rocker in Chicago? Maybe he is actually Guido van Rossum?

The things I know as facts about Pete are three:

Pete is all in on Python, so this site was dedicated to that in different ways. At first, though, that came through only in the Snake logo. It was somewhat node-oriented, fully Bootstrap, and dare we say, templated.

It looked too sterile.

Pete was trying to show off the business that he’s founded. So my first act in Pittsburgh was to sit down with him and pick his brain about what makes that business unique. I brought a camera, which helped us a lot.

In the Serpent’s Den

We redesigned from scratch. We chose fonts, colors, and even content designs. We started using Flask, a Python-based static site generator.

When you’re around Python developers, the snake puns flow freely. Pete carries a stuffed snake to every meetup. He has serpentine plants in his office. So we consciously designed the pages to slither back and forth, and hid easter eggs everywhere. He almost had this for a page hero. I still think that’s one of the cleverest things I’ve ever designed. At first this was a landing page, then it was a few pages, but Pete eventually needed a bit more. He was writing a book, and wanted a place to publish snippets as things come to him. So that’s just what we did. 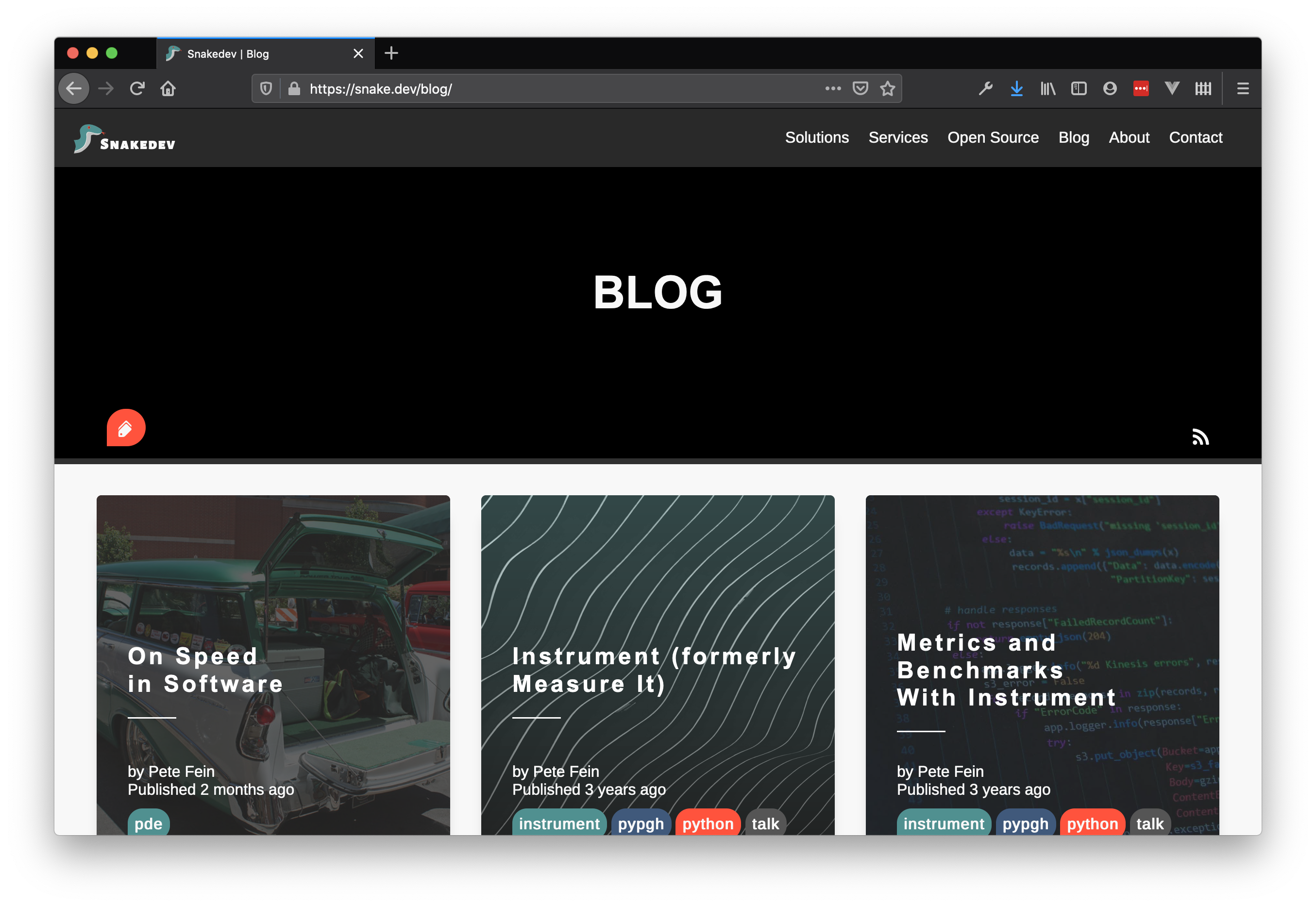 Benji is a professional web dude. He works at Top Hat making cool web things for money (and sometimes beer).

Disclaimer! Photos on this blog are sometimes taken by me, but sometimes free for use with attribution from Unsplash.com.